I love news articles like this, it gives you an insiders view of the museum world – Mark Walhimer

By T.J. Greaney
From the Columbia Tribune

“A former executive director of the YouZeum, Gwen Robbins, is suing the interactive science center, claiming breach of contract and defamation. In a petition filed this month in Boone County Circuit Court, Robbins claims the former chairman of the YouZeum board of directors, Glenn McElroy, violated the terms of Robbins’ termination agreement by saying she was forced to step down in October 2008 because of an inability to raise adequate funds.

Part of Robbins’ severance agreement stipulated neither side would make public comments about the termination other than to say Robbins had met with the board of directors and both sides agreed “a change in direction” was needed because of “difficult economic times,” according to the lawsuit.”

In a Nov. 6, 2008, Tribune article, McElroy was quoted as saying the termination stemmed from Robbins’ inability to attract large-money private donors. McElroy repeated the assertion in a radio interview.

Robbins, now doing volunteer work at Children’s House Montessori school, has been unable to find employment since her termination in October 2008. She claims the statements about her success at raising funds for the YouZeum are false, although no specific fundraising figures are listed in her petition.

“It has hurt her reputation as a fundraiser,” said Michael Byrne, attorney for Robbins. “She has been a very successful fundraiser throughout her career, and it is our contention that the statements made have made it more difficult to get a new job.”

McElroy did not reply to a phone call yesterday.

The YouZeum opened in May 2008 at 608 Cherry St. after years of false starts and delays. It has endured multiple setbacks during the past year. Dan Fowler, hired in April as director of development to restart the museum’s fundraising effort, stepped down sometime this summer for unknown reasons.

Fowler’s departure came after the resignation in June of Kathryn Ward, assistant executive director, who had run most of the day-to-day operations. At its opening, the YouZeum had five full-time employees; now it has only two and has significantly cut its hours of operation.

At its opening, the museum’s projected viability relied heavily on a steady stream of visitors passing through the turnstiles. Leaders projected 60,000 visitors a year would tour the center. But even in the first few months after the ribbon-cutting, the YouZeum was able to attract only 1,500 or so per month.

McElroy and the YouZeum Inc. are listed as defendants in the suit.

Byrne said Robbins, 42, regretted the public nature of the suit but felt she had no other option.

“She hoped that this could have been resolved without the filing of a suit through the YouZeum making an apology and correcting the record in regards to her fundraising, but that has not occurred,” he said. “We felt there was no other option but to file suit.”” 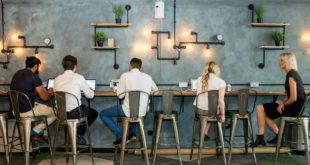