Home / Uncategorized / Don’t let this happen to you.

Don’t let this happen to you.

Very sad.  Visited Science City today, so sad.  The staff has been cut to 7 people total to run the facility.

Science City at Union Station is a $263 million adaptive reuse of Kansas City, Missouri’s Union Station. Completed in 1914 and listed on the National Register of Historic Places, Union Station is now the second largest train station in North America (behind Grand Central Station in Manhattan). The project had two major goals: the creation of Science City, an interactive science museum, and the restoration of Union Station, Kansas City’s greatest landmark. The project also included construction of an intermodal transportation center. Approximately 80,000 square feet of restaurants, shops and office space occupy renovated portions of Union Station which, in concert with Science City’s 280,000-square-foot presence, establishes the site as a major attraction and destination for Kansas City and the central Midwest area. Financing for the project consisted of approximately $36 million in federal funds, over $100 million in private donations and $118 million provided through a bi-state sales tax initiative. Science City at Union Station was completed in 1999.

When the project opened the plan was to have “actors” in each space making the environment come alive, since 1999 the staff has been cut and cut, to the point where the Center consists of stage sets without the actors.  The Science Center spent too much money on theming and not enough on things people can do, I look to places like the Exploratorium, that spend zero on theming and everyting on content for the visitor. 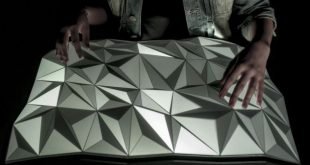