The Museum of Modern Art attracted its highest-ever number of visitors, 3.09 million, during its 2010 fiscal year, according to estimates released Monday by the museum. (The tally is an estimate because the museum's fiscal year does not end until June 30.) The figure represents an increase of 250,000 over the previous year's attendance, and a 530,000 increase over the museum's first full year of operation in its new building (fiscal year 2006). END_OF_DOCUMENT_TOKEN_TO_BE_REPLACED

Vanity Fair asked 52 experts to choose the five most important works of architecture created since 1980, they named a staggering 132 different structures. Here are the top 21, in order of popularity. END_OF_DOCUMENT_TOKEN_TO_BE_REPLACED

Guggenheim plans extension in Spanish nature reserve | Culture | The Guardian. “The Guggenheim Museum has become the emblem of the northern Spanish city of Bilbao and its main tourist attraction, but now attempts to spread its magic by building an extension in a nearby nature reserve have run into … END_OF_DOCUMENT_TOKEN_TO_BE_REPLACED

Pasadena’s Kidspace Museum plans new “Physics Forest” expansion – Pasadena Star-News. “That was part of the reasoning when officials at Kidspace Children’s Museum, bowing to economic realities, opted to put on hold an ambitious $20million, 9,000-square-foot building and instead create a Physics Forest that will feature 10 to 15 new … END_OF_DOCUMENT_TOKEN_TO_BE_REPLACED

Taman Mini, Indonesia Indah, Jakarta 13560 http://ppiptek.ristek.go.id PRESS RELEASE Dr. Legoh, Director of the Science-Technology Center, Indonesia announced today the planning of the new exhibition “Global Warming”. The exhibition is scheduled to open in early 2011. Dr. Legoh said “this is a critical topic for the future of Indonesia and … END_OF_DOCUMENT_TOKEN_TO_BE_REPLACED 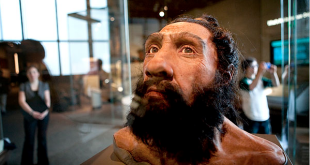